Real Madrid shows masterclass as they defeat their foremost rivals Barcelona in an El Clasico encounter on Saturday evening.

Madrid beats Barca at home in the Alfredo Di Stefano stadium by 2-1. Courtesy of goals from Karim Benzema and Toni Kroos.

Barcelona started with a fierce attacking actions after coming close to score in the 10 minutes of the game and with the ball possession Real Madrid: 29%, Barcelona: 71%.

The Los Blancos came showing intent three minutes later. Federico Valverde from Real Madrid made a solo run and cuts the opponents defense open with a through ball.

Through ball was directed to Lucas Vazquez who provided an instrumental assist to Benzema who scores. 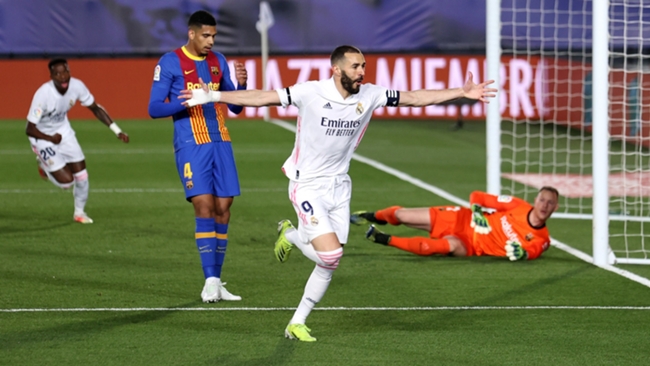 Benzema celebrates as he scores with a back heeled goal

The Frenchman scored in fashion with a fantastic back heeled goal after making a free run into the 6 yard box at the 13th minute.

Barcelona tried to exploit Madrid’s defense but could not get through and having shots and chances from the players go wide.

But an obstruction as Ronald Araujo from Barcelona cuts off the run of Vinicius. A free-kick is awarded.

Toni Kroos stood up to the free-kick challenge and scores from a multiple deflections of Barca players at the 28th minute.

Los Blancos hungry for more goals yet started another counter attack with a short coming off from Valverde but his finish hits the post.

Vazquez with the rebound but Marc-Andre ter Stegen saved a certain goal there with a great save.

Barcelona came so close before the half time with a shot from Lionel Messi found himself in a great scoring position but Thibaut Courtois denied him with a great save.

Into the 2nd half, Barca continues to pile up the pressure and eventually gets a goal off Oscar Mingueza at the hour mark. Jordi Alba provided the assist for the goal.

A turning point in the game saw a red card as Madrid’s Casemiro gets his 2nd yellow card and is dismissed following a reckless challenge on Mingueza.

In the stoppage time of the fixture Messi swings in a cross from a free kick, Clement Lenglet from Barcelona heads the ball to a team mate.

CROSSBAR! Ilaix Moriba  from Barca misses a clear chance as his shot hits the crossbar!

The referee blows final whistle, both teams could have won today but Real Madrid just managed to carve out the victory. 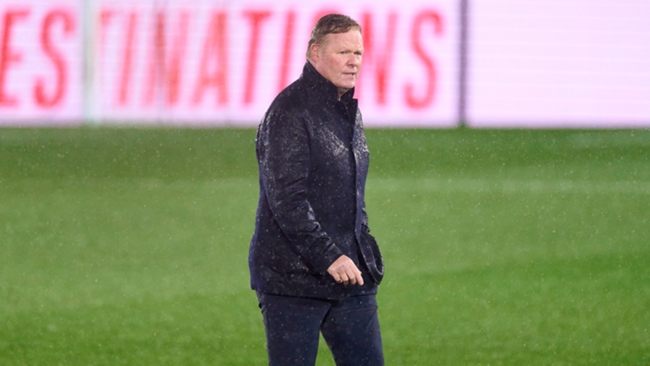 “If you’re a Barca fan or a Barca player, you’re very unhappy with the result because I think there were two clear decisions that the referee didn’t make that would have changed the game,” he told LaLiga TV.

“In the second half we improved but I only ask for a bit better when making key decisions because they are decisions that could have cost us the game and eventually they did.

“I think the added time as well was four minutes and it should have been added on.”

With this defeat, Koeman is the first Barcelona coach to lose his first two LaLiga games against Madrid since Joaquim Rife in 1980 (also the first two). 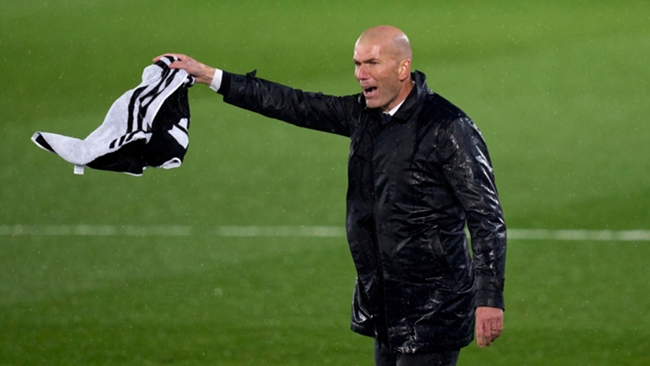 He said “… Of course, the stoppage time, that’s a different case completely. Whether it’s four, five or six it’s the referee that makes the decision.

“It’s an important victory for us and we did our job. We had more than enough chances to kill off the game a lot earlier.

“Barcelona are a very good side and we still managed to play our own game and were in the lead for the entirety, basically.

“We can be very happy with that. But I’m not going to go into any other details in the game.

“We can’t just talk about the referees. We played our own game and it’s a very important victory for us.”