Anthony Joshua and Tyson Fury clash on social media exchanging words as reports on a unification bout between two heavyweights is doubtful.

The two boxers agreed to fight each other in Saudi Arabia on August but arbitration from Deontay Wilder end Fury’s plan which is ‘frustrating’ to Joshua.

Reports in circulation says Wilder claims that him and Fury still need to fight one more time after he lost in a previous bout.

But the two camps are yet to agree on a fight with Wilder, hence Wilder brings in a mediator to settle the interest conflict.

The mediator rules that Fury owes Wilder, as part of their contract in 2020 rematch, in which he lost by TKO in the 7th round.

It is from this ruling that Joshua and Fury fight begins to be in doubt as to whether it will still take place or not.

Anthony Joshua, holder of the WBA, WBO and IBF heavyweight titles, while Tyson Fury has the WBC belt yet lots still consider Joshua to be the dark horse. 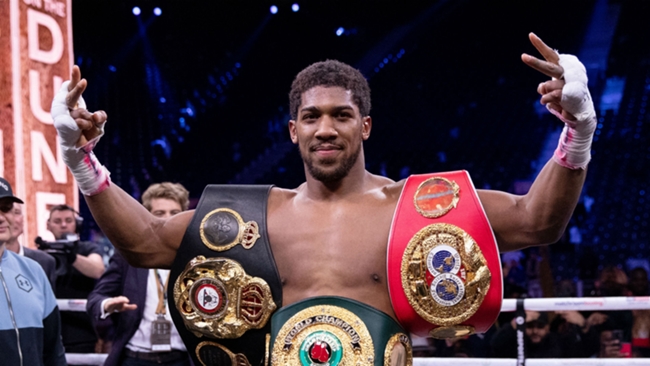 The argument started when AJ takes to Twitter, tweeting “Tyson Fury, the world now sees you for the fraud you are, you let boxing down!

“You lie to the fans and lead them on. You use my name for clout not for fight. Bring any championship fight that can handle their business correctly.”

In response to AJ, Fury says: “Your full team know about the arbitration going on, it’s out of my hands! But let me tell you this, if I’m fraud let’s fight this weekend bare knuckles till 1 man quits? Putting up 20 mill each!!!” 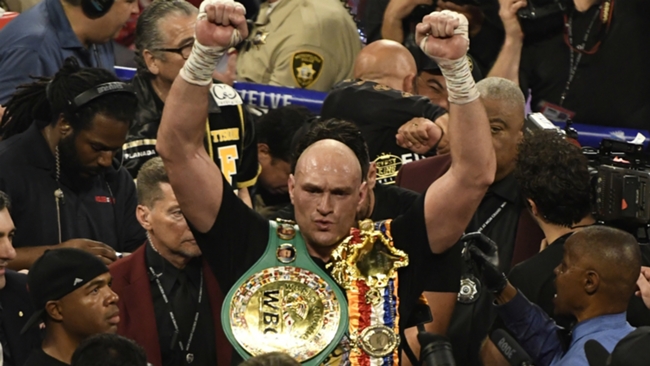 Joshua replied: “If arbitration was going on, why announced to the world that we gonna fight! The fight was signed! UNDISPUTED.”

AJ as his popularly known to be not a person who takes offenses generally on social media but was on a different tempo yesterday.

He had lost out on payday believed to be over £53 million, and a chance to unify the heavyweight division and achieve his lifelong dream.

Fury, who is unbeaten WBC champion tell his archrival Joshua that he will fight him bare knuckles for £20m from his own money if Joshua agrees to do the same.

However, Joshua hits back by sharing a video fight involving Billy Joe Saunders father and security after Saunders fight with Canelo Alvarez, featuring Fury in the video.

“Bare Knuckle? You are a good kid, don’t joke with me Like! I’m gonna slap your bald head and you’ll do nothing! Waste man.”

Recent reports making rounds is that the two of them fight might take place in November.

Before the fight Joshua must face his mandatory challenger Oleksandr Usyk at the end of August while Fury will fight Wilder in Vegas on July 24th.