Andrea Pirlo must not let the disappointment of Juventus’ shock defeat to Benevento linger for too long, Roberto Mancini advised.

The rookie Juve boss saw his team waste a chance to reduce Inter’s advantage over them at the Serie A.

Questions over Pirlo’s leadership have already been asked and will persist, as the prospect of a 10th successive Scudetto disappears almost over the horizon.

The Italian football head coach, Mancini understands the pressure Pirlo is under and advised him to adopt a positive mindset.

“It is a delicate moment for him, but it is the life of all the coaches,” he told a media conference.

“The frustration must last as little as possible, then you have to think positively knowing that this happens in football.

“He is young and he has started [his managerial career] in a big club. He has a bit of difficulty but he has begun a path.”

Mancini was speaking ahead of Italy’s World Cup qualifying campaign, which kicks off at home to Northern Ireland on Thursday.

Federico Chiesa is expected to play an important role for the Azzurri after his impressive season for Juventus.

The 23-year-old has scored six league goals for the club since arriving on loan from Fiorentina in October.

He has also created more chances for his team-mates than any other Juve player in the top-flight this season.

“I am happy because in the last two months he has improved a lot, but he can still improve more,” Mancini said.

“He still has room to improve and become a player capable of scoring plenty of goals and providing plenty of assists.”

Mancini will be joined in the dugout by Daniele De Rossi, who recently joined Italy as a technical coach.

Juan Martin del Potro will undergo knee surgery for the fourth time but retains hope of playing at the Olympic Games in Tokyo. 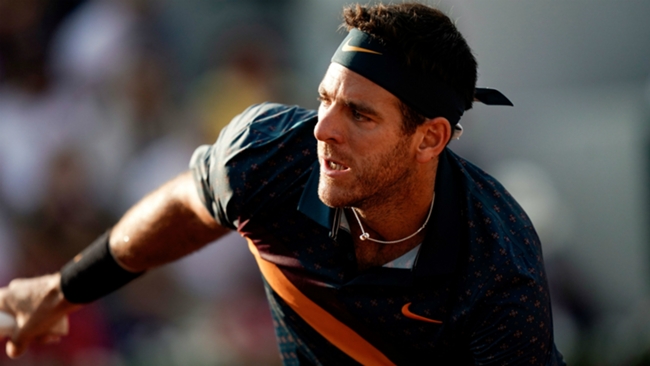 Del Potro, who was a career-high world number three in August 2018 has not appeared on the ATP Tour since 2019.

The 2009 US Open champion had his first procedure after falling at the tournament in London and another followed in January 2020.

The third operation came last August as pain persisted, but the issue still has not been eradicated.

However, Del Potro said in an Instagram post on Monday that the death of his father earlier this year had motivated him to continue pursuing a return to the court.

“Of course, these last few weeks weren’t easy for me. Everything’s so hard since my father’s passing.”

The 32-year-old, who won bronze for Argentina at the 2012 Olympics and silver four years later, will go under the knife again in Chicago on Tuesday.

“[Doctor Jorge Chahla] knows I want to play tennis again and be able to play the Olympics, so we agreed that surgery…

“But also, I feel the strength he sends me from above. I had this day in which I woke up and called the doctor…

“I hope I can overcome this painful situation. I won’t stop trying. Of course, your messages and best wishes are always welcomed. Thanks for the love.”

The Hall of Famer passed away of natural causes surrounded by his family in Los Angeles, the team said on Monday. 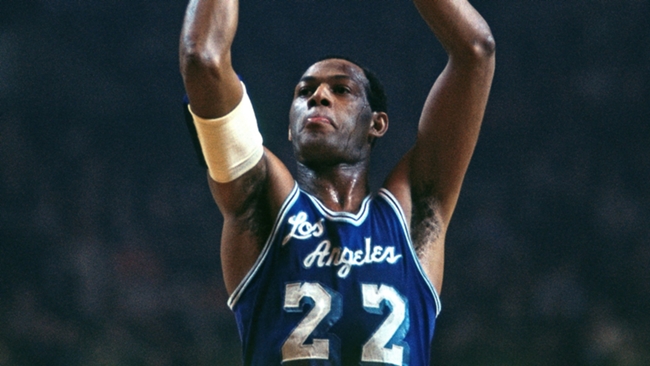 The late Baylor in action in his early years

Baylor enjoyed a sensational career after the Lakers, then based in Minneapolis, selected him with the first overall pick in the 1958 NBA Draft.

The former Seattle University star immediately excelled in the NBA with 24.9 points and 15.0 rebounds per game in his debut 1958-59 season.

He was named Rookie of the Year and selected to both the All-Star Game and the All-NBA First Team.

Baylor’s Lakers lost to the Boston Celtics in the Finals, though, beginning a remarkable trend for the player.

That was the first of eight Finals losses for Baylor and the Lakers, who moved to LA in 1960.

Maintaining an incredible standard, Baylor made the All-Star Game 11 times in 12 seasons up until 1970 and the First Team on 10 occasions in 11 years up until 1969.

Injury prompted his retirement in 1971-72, meaning he missed the Lakers’ first title since moving to LA later that season.

The team awarded Baylor his only championship ring regardless.

His number 22 jersey was later retired and a statue outside the team’s Staples Center home was unveiled in 2018.

“Elgin was the superstar of his era – his many accolades speak to that,” said Lakers owner Jeanie Buss.

“He was one of the few Lakers players whose career spanned from Minneapolis to Los Angeles. But more importantly he was a man of great integrity, even serving his country as a U.S. Army reservist, often playing for the Lakers only during his weekend pass.

“He is one of the all-time Lakers greats with his number 22 jersey retired in the rafters and his statue standing guard in front of Staples Center. He will always be part of the Lakers legacy.

“On behalf of the entire Lakers family, I’d like to send my thoughts, prayers and condolences to [wife] Elaine and the Baylor family.”

“Before there was Michael Jordan doing amazing things in the air, there was Elgin Baylor!

“A true class act and great man, I’ll always appreciate the advice he shared with me when I first came into the league.”

F1 2021: Hamilton: One Campaign Away from Creating History

Following a 2020 Formula One rough and tough campaign, the world’s best drivers are back for more in 2021. 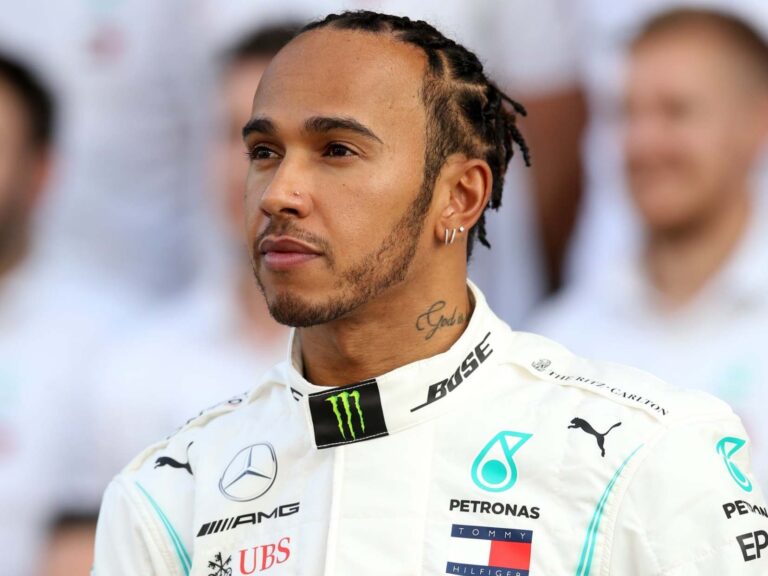 The coronavirus pandemic delayed the start to last season and prompted serious surgery to the planned race calendar.

At the end of it all, though, Lewis Hamilton and Mercedes again walked away on top of the pile.

A new benchmark is on the horizon if the Briton can repeat his success.

But even if this is to be another sublime season for the 36-year-old, he surely will not find it as straightforward as last year.

Hamilton shut out the noise surrounding his future to claim 11 victories in 2020.

Yet the new contract he belatedly signed at the end of the campaign keeps him with Mercedes till 2021 ending.

That spells another 12 months of uncertainty for the sport’s premier driver, who also does not yet appear entirely at home in the new W12 car.

Mercedes team-mate Valtteri Bottas has finished second to Hamilton in the past two seasons.

Nevertheless, it would be a tough ask to expect him to outperform Hamilton in the same car – even before considering potential issues with that machine.

Max Verstappen is undoubtedly the chief threat at the Austrian outfit having qualified on 36 of 38 occasions.

Indeed, Verstappen – third last year – had the fastest lap time in testing, his effort of a minute and 28.960 seconds in Bahrain putting Red Bull on top in pre-season for the first time.

The Dutchman is pessimistic, though, saying: “[Testing] doesn’t say anything about pure performance.

“I know people are excited and think we are just saying this, but Mercedes are still the favourites. How can they not be when they have won seven world championships in a row?”

MotorGP: Marc Marquez Out Injured, will not be in action for Repsol Honda in 2021 1st Race

Marc Marquez will miss the start of the new MotoGP season in Qatar as he continues his recovery from a serious arm injury.

The six-time world champion was unable to defend his title in 2020 after he broke the humerus bone in his right arm following a fall during the first race, staged at Jerez. 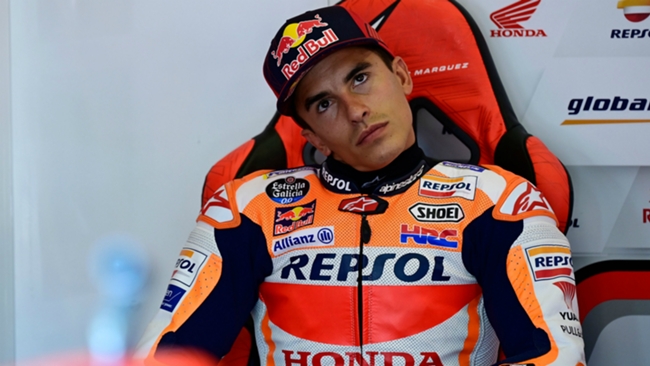 Marquez underwent three operations – the last of which was carried out in December following the discovery of an infection in the fracture – but was cleared to intensify his training regime last month.

However, the Spaniard has confirmed he will not be involved for the opening two rounds of the campaign, with Repsol Honda announcing a further examination will take place on April 12.

“After the last check-up with the medical team, they have advised me not to participate in the two Qatar races so we will continue with the recovery to return to compete as soon as possible!” Marquez tweeted.

The 2021 MotoGP schedule kicks off this weekend with the Qatar Grand Prix, while the Losail International Circuit is also the venue for the Doha Grand Prix, which takes place on April 4.

Marquez has only triumphed once in seven previous appearances in Qatar, albeit he has finished on the podium there five times, including taking second place on his previous two visits.

CRICKET: England will be keen to avoid another series defeat to India when they face off in an ODI triple-header.

After the hosts’ 3-1 win in the Test series and 3-2 comeback victory in the Twenty20 edition, Eoin Morgan’s world champions are in Pune for three clashes in seven days. 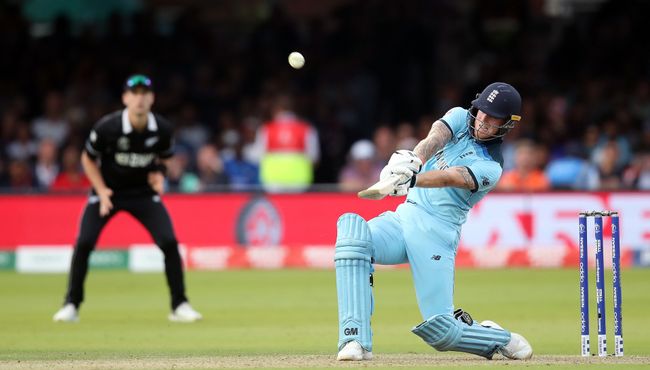 Regulars Joe Root and Chris Woakes are rested, while Jofra Archer misses out with an elbow injury — meaning opportunities for others to impress.

The first game takes place on Tuesday before further meetings on Friday and Sunday round off the tour.

Surprisingly, this is the first game for Ben Stokes in this format since he was the hero as England won the World Cup in July 2019.

That is due to a combination of rest periods and personal reasons as his late father battled with illness — but nevertheless, it has been a long wait.

Morgan, 34, said: “It is great to have him back. He really enjoys his white-ball cricket and it is important to keep him engaged in that.

“If you don’t play a format for a long time, it can show neglect in certain parts of the game. We know how demanding the other formats are on his body and mind, so it is great to have him around.”

Stokes, 29, has yet to fully fire in India with his limited role in the T20s a little surprising — but that will not be the case in these three games.

Similarly, after missing the final two Test matches to head home and spend time away from the bubble, Moeen Ali did not play in any of the five T20 clashes.

It rounds off a difficult start to 2021 for the 33-year-old, who missed both games in Sri Lanka due to coronavirus and was then not selected for the opening Test in India.

He played in the second match before opting to go home for his allotted rest, despite skipper Root asking him to consider saying.

Former England skipper Michael Vaughan said: “I just can’t get my head around the fact Moeen Ali missed two Test matches against India to make the drinks for five T20s.

“The communication within the England set-up is not right when that is happening.”

It will be a relief for Moeen to get back out on the pitch and remind people what he can do with bat and ball.