We now have our last-16. Who has made it and who’s going home after the group stages of Euro 2020?

After a final evening of dramatic group games, the round of 16 draw for Euro 2020 is complete with England due to play old rivals Germany at Wembley on Tuesday.

England boss Gareth Southgate will be frequently reminded over the next few days that it was his missed penalty against Germany in the Euro 96 semi-final that saw the Three Lions eliminated 6-5 on spot-kicks.

The two clashed again in the Euro 2000 group stage but England’s 1-0 win thanks to an Alan Shearer goal proved insignificant as both teams failed to qualify for the knockout phase. 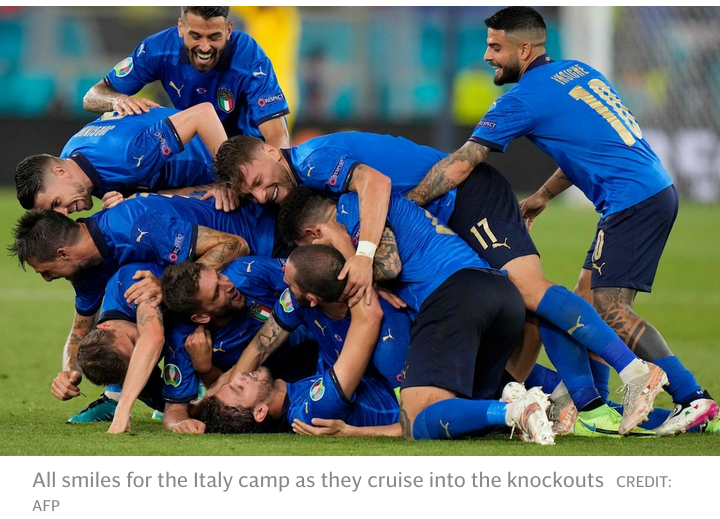 After securing their progression as group runners-up, Wales will play in Amsterdam on Saturday night. They will face the runners-up from Group B, Denmark, who ran out 4-1 winners over Russia in their final game.

Group A winners Italy will play at Wembley on Saturday, and they will be up against the runners-up from Group C Austria, who beat Ukraine to secure second spot in their last group match.

Meanwhile, Switzerland with four points finished third, and will play near neighbours France in the next round.

But Turkey, after losing all three of their games, are out of the competition. 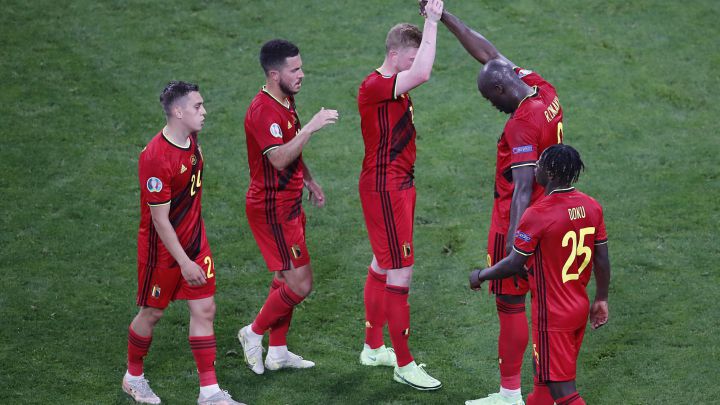 Belgium have won Group B after collecting nine points from their three games, sealed with a 2-0 win over Finland in their final group match on Monday.

They will be joined in the last 16 by Denmark who finished second courtesy of a 4-1 rout of Russia in Copenhagen. They will face Wales in Amsterdam on Saturday.

Meanwhile, third-placed Finland are out of the tournament, with Portugal’s last-game draw with France taking the final last-16 third placed spot.

Russia, on the back of their thumping by Denmark, are out. 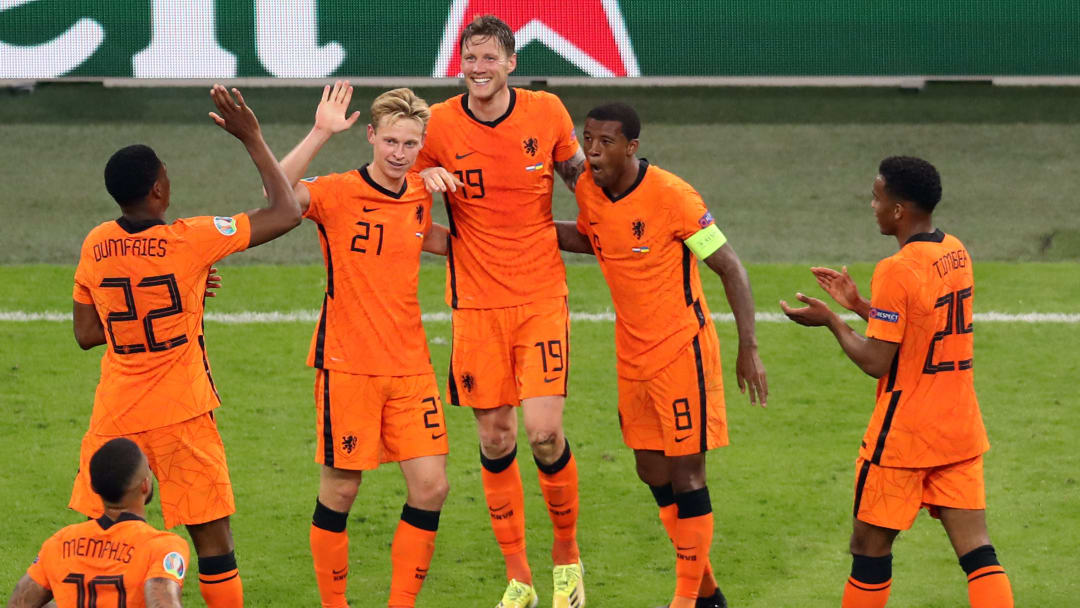 Netherlands have booked their last-16 place as Group C winners and secured a 100-per-cent record in their group following a 3-0 win over North Macedonia in their final group game.

As group winners, Netherlands will play on Sunday in Budapest, against Group D third-placed side Czech Republic.

Austria, who beat Ukraine in their final group game to finish second, will travel to Wembley to take on Italy on Saturday.

Third-placed Ukraine knew they had made the next round by virtue of Slovakia’s heavy defeat by Spain in Group E, and will face Sweden in the last-16. 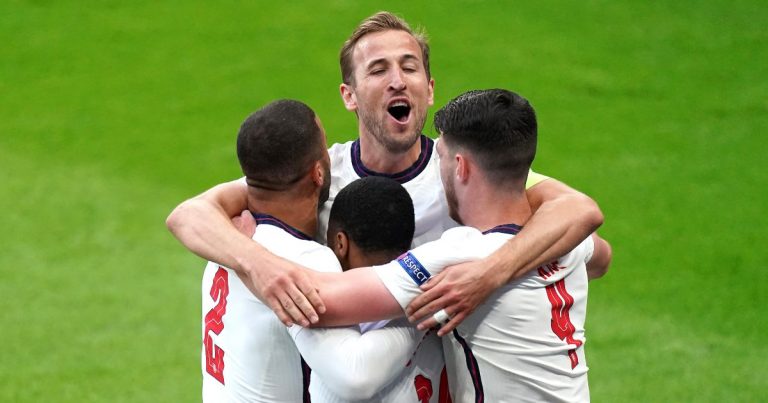 England are through to the last 16 at group winners after beating the Czech Republic. That means Gareth Southgate’s team will play their last-16 game at Wembley next Tuesday against Portugal, Germany, France or Hungary.

Croatia will face the runners-up from Group E, Spain, in Copenhagen.

The Czech Republic, meanwhile, go through as one of the four best third-placed teams, and take on Group C winners, the Netherlands. 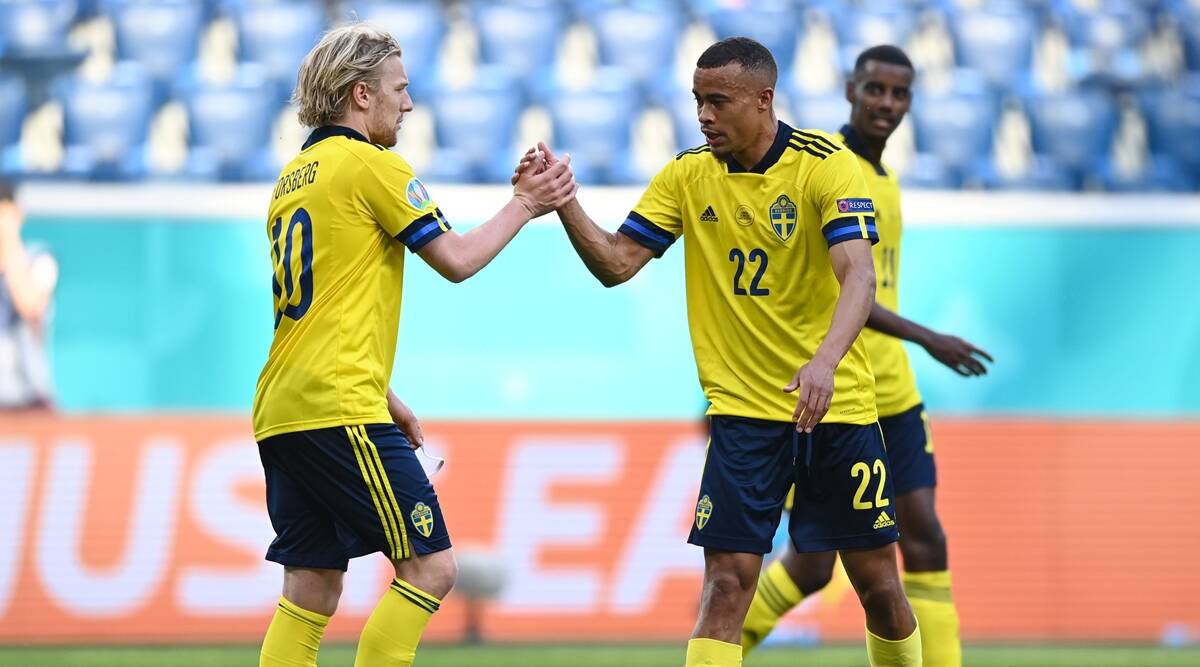 Although Sweden had already qualified for the last-16, Viktor Claesson’s injury-time goal propelled Sweden back to the top of the group at Spain’s expense.

As a result, Spain will now meet Croatia in Copenhagen while Sweden will play Ukraine.

Poland and Slovakia, though, are going home. 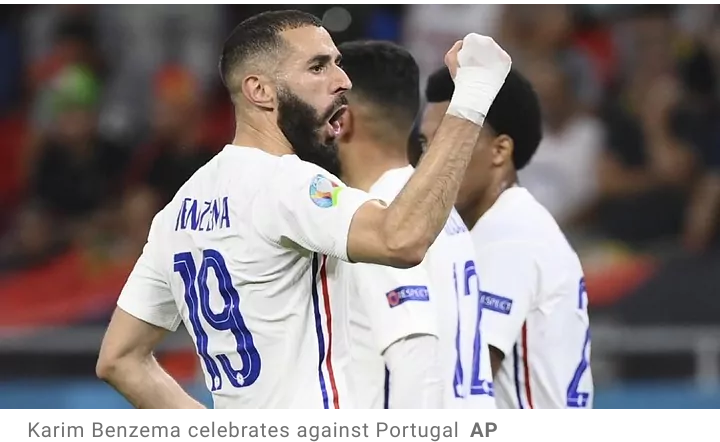 France needed victory to secure top spot in Group F but in the end a point was enough against Portugal, with both sides going through.

The French will take on Switzerland, who finished third in Group A, in the last 16 in Bucharest on Monday, while Portugal will face Belgium in Seville the previous day.

Germany, who were heading out of the tournament until Leon Goretzka’s late goal against Hungary, end up runners-up and will face England at Wembley on Tuesday evening.

Hungary, who spent parts of their final game in second, third and fourth in Group F, are out of the tournament.