Authorities in Nigeria are yet to confirm reports trending on social media space revealing Boko Haram leader Abubakar Shekau might be dead.

This is not the first time such reports aired since Shekau launches the extremist group disturbing North Eastern Nigeria.

Questions from some intellects surrounding the issues also make people wonder what had really happened with Shekau.

Although the federal government and the Nigerian army are yet to confirm the authenticity of the reports.

This is not the first time the possible death of Shekau make such news.

Other Times Abubakar Shekau had died

During that time, Shekau was reported dead but he later re-appear in a video posted on the internet less than a year later as Boko Haram new leader.

However, a video surfaced in September with a man claiming to be Shekau, still alive and at large.

Cameroonian military back the claim, posted a photo to show that Shekau had been killed. Not long after, another video made rounds to show Shekau is still alive and not dead yet.

A screengrab taken on October 2nd, 2014 from a video released by the Nigerian Islamist extremist group Boko Haram and obtained by AFP shows the leader of the terrorist group, Abubakar Shekau. 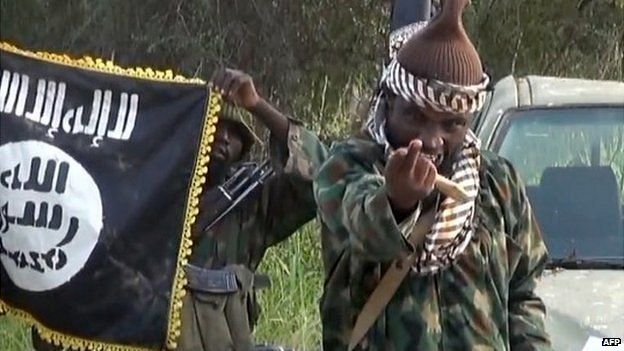 This time in an audio message, he replied Deby that he is still the leader and very much alive as well.

Some other leaders were also killed in the airstrike at Taye village on August 19, 2016. But this time, Shekau reappeared this time on YouTube to show he is alive.

In 2016, different reports circulating the mainstream media that Boko Haram had further divided into two factions.

The group that seceded and broke pledge to Boko Haram came later to become the Islamic State for West African Province (ISWAP).

Boko Haram have terrorized North Eastern Nigeria for over a decade. They are also behind increasing kidnappings  within the region.

Including the 2014 Kolobi of 276 schoolgirls from Chibok town and the March 2018 Kolobi of more than 100 girls from the Government Girls Secondary School, Dapchi.

Nigeria alone as the most scores of death rate in the north east, in which Boko Haram have dominated in the last 10 years (since 2009) and killed thousands thereby displacing millions of people across this region.

The Federal Republic of Nigeria still insist that they have carried out major attacks on Boko Haram but the group still does not resist and also launch reprisal attacks.

Since the early 2010s, Boko Haram militants have gatherer more power and influence, spread across Nigeria and her neighboring countries like Cameroon, Chad and Niger.