One person feared dead in a gas explosion that occurred at former president Olusegun Obasanjo presidential library on Thursday.

The Managing Director of the Library Vitalis Ortese confirmed the incident in a statement disclosing that a person is seriously wounded.

According to the statement, the gas explosion happened at about 11:04am at the main event Marquee of the library complex when two technical vendors tries to routine service for the air conditioning units.

MD Ortese says reports of similar incidents across the state had occurred in the last one week and felt appropriate authorities need to investigate these occurrences. 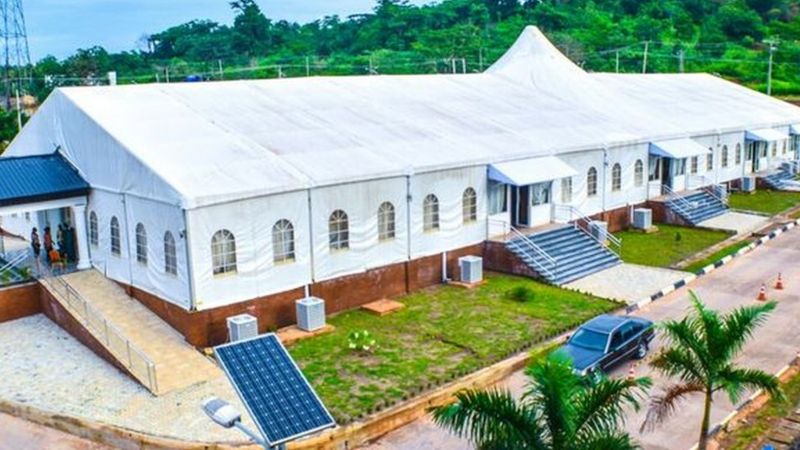 One of the gas cylinders kept in the event centre exploded, throwing the staff into shock and pandemonium.

Unauthorized person who said he witnessed the incident, said rescuers dashed to the scene shortly after the explosion and evacuated the dead and the living.

The gates leading to the OOPL facility were seen under lock and key and no official source to confirm or disprove the explosion despite attempts to get such reaction.

This is coming about couple of days after a similar gas explosion occurred in former governor Gbenga Daniel’s Conference Hotel, Abeokuta, located opposite OOPL and leaving two persons, including 300Level student of Tai Solarin University of Education, Olamide Bakare dead.

The spokesperson for the command Oyeyemi Abimbola says information are ongoing to find out the root cause of the gas explosion.

However, for security reasons the two entrance gates to the library are closed and none including journalists are allowed to enter the premises.