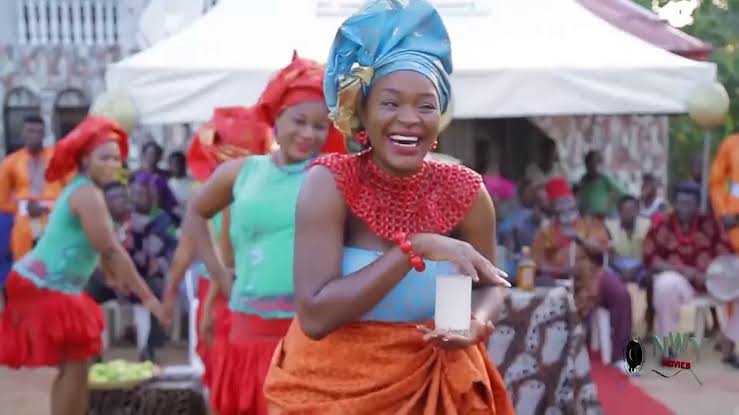 Getting an igbo bride for most people is overwhelming and stressing as most men have the notion that it is expensive and the marriage cannot be afforded.The igbo engagement traditional list differs from each village to village and sometimes the items on the list can be negotiated with the the help of your bride. There are different process ,stages and custom that is meant to be followed before you can be allowed to marry your bride or officially request for the bride price list.
As most people are used to the western style of proposing to a lady, it doesn’t count when marrying an igbo bride,and it’s not the final say.Before a man married an igbo bride ,he must as for her hand in marriage from her parent first,as well as her kindred.

The 4 stages of igbo traditional wedding include

Iku aka– The first thing about marriage is to come and knock at the door that is making your intention know to the bride’s people that you want to marry their daughter which is termed (imu aka /iju ese) You are to come with some of your kins men so that they can present your marriage proposal on your behalf,usually when the guy’s people are coming for knocking on the door which we call “iku aka” he usually comes with drinks.the importance of this visit is to also introduce your family members to your intended bride family member too.

See also  Side effects of lack of sleep

Consent from the ummuna and the bride– the girls parents will ask the daughter for consent in the presence of the people,The girl is not usually there when the people come, She will be sent for to come then when she comes she will be asked, In some places, they will send for more than one girl then ask if this is the girl they want to marry if she is not the one, another will be sent for until he recognizes the girl he wants to marry.After her reply her parents will tell her to go back, if the answer is yes,the gift brought by the groom is accepted, the parent also have a say to accept or deny your proposal.

The dowry or bride price payment- after the groom has received a yes both from the bride and her ummuna, the next step is to talk about the dowry, the dowry is a customary list of gift to ask for the bride’s hand in marriage.The dowry is not an exchange of gift to buy a woman ,it just signifies culture. The ime ego involves a lengthy conversation because the bride’s family prices their daughter high especially if she has great accomplishment and good virtues.The groom’s family then begs, pricing back and forth and pleads for reduction for the bride price, until they both come to an agreement.

The igba nkwu(wine carrying ceremony)- during this ceremony the groom is accompanied by a larger party that is the friends and family to the bride’s home. The igba nkwu list which consist of the customary bridal gift and the bride price is brought along.the main task during the igba nkwu ceremony is for the bride to publicly point a man that she wants to marry amidst all men.

The bride’s father pronounces blessing on the bride and then give her a cup of palm wine to hand to the man she agreed to marry.The man is hidden among crowd of people present and the bride is asked to search him with the drink in hand, when she finds him she offers him drink ,if he accept the drink,it means that he is the one she accept to marry.blessing will then be pronounced on the couple by their parents. The couple are then pronounced man and wife.

Beneficial things to do after 45 years of age