Attorney General of the Federation and Minister of Justice of Nigeria Abubakar Malami (SAN), confirmed to newsmen that Kanu was arrested and brought back to Nigeria.

At a joint press briefing on Tuesday with the State Security Service (SSS) in Abuja, Mr Malami disclosed that international collaborative efforts with security agencies led to Mr Kanu’s arrest and repatriation to Nigeria.

Mr Malami said the 54-year-old was arrested on Sunday, through “collaborative efforts of Nigerian intelligence and Security Services.”

He also faces charges on unlawful possession of firearms and management of an unlawful society.

Kanu, fled Nigeria in September 2017 after the military invaded his home in Afara-Ukwu, near Umuahia, Abia State. 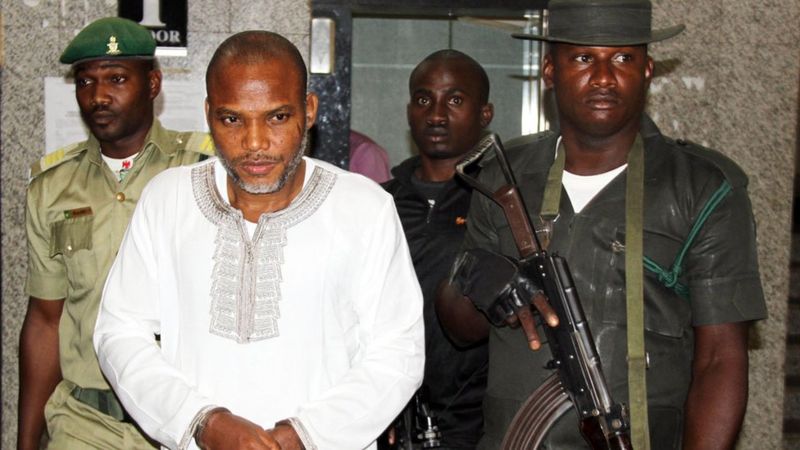 The Nigerian government obtained a court order on September 20, 2017, to designate IPOB a terrorist group and to proscribe it.

Kanu failed to show up at the last hearing date for his trial. The trial judge ordered his lawyer to produce him at the then next sitting on March 28 2018. But Kanu arrest, Kanu’s whereabouts had been unknown.

The Igbo National Council, (INC) said that the Federal Government should tread with caution on the arrest of Nnamdi Kanu.

Chilos Godsent, the INC President made this statement in Owerri, hours after the reports of the arrest of Kanu on Tuesday.

INC said: “We have read with rude shock the news of the arrest of Mazi Nnamdi Kanu the leader of the Indigenous Peoples of Biafra, IPOB, and its extradition to Nigeria.

“We wish to advise the Federal Government of Nigeria to tread with caution as the arrest and detention of Mazi Nnamdi Kanu is capable of heightening the tension in Nigeria in view of the fragile state of the Nigeria State.

“The arrest may trigger heavy protest in many parts of Nigeria if cares is not taken in handling the issues.”

“INC, therefore, advises the Federal Government of Nigeria to seek for a more peaceful means to resolve the root causes of the agitations by the various component ethnic nationalities in Nigeria seeking for proper structuring of Nigeria and grant of rights to Self-determination.

“On the foregoing, the Igbo National Council (INC) Worldwide is still studying the situation and will respond appropriately at the right time,” INC said.

Who is Nnamdi Kanu?

Nnamdi Okwu Kanu is a Nigerian Biafra political activist, who is also a British citizen. He is the leader of the Indigenous People of Biafra (IPOB). Kanu founded IPOB in 2014. 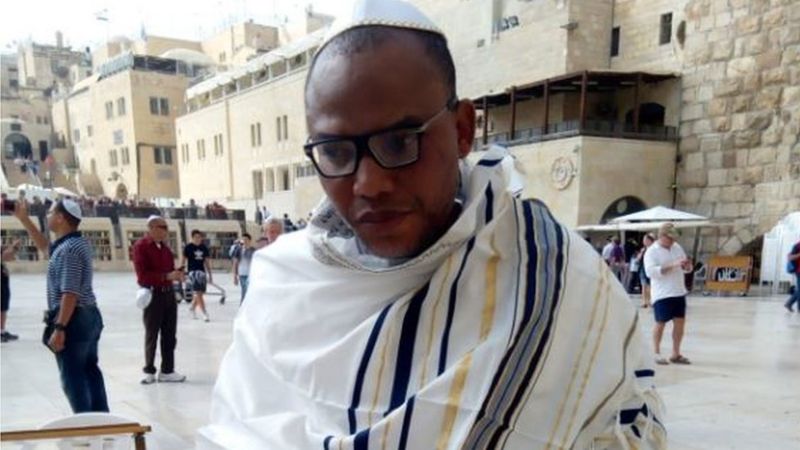 The plan however, is not new. In 1967 Eastern Nigerian Leaders summoned the proposal that declared a Biafran state which brought Chukwuemeka Ojukwu and Philip Effiong as Biafran leaders.

But after a brutal civil war, known as the Nigerian- Biafra war that lasted for three years, which led to the deaths some three million people.

The war ended as Biafrans surrendered to the Federal force in 1970, and the war declared “No Victor, No Vanguish.”

The IPOB leader is the director of a UK registered radio station named Radio Biafra.

Kanu was arrested on treason charges in Lagos, Nigeria on 14 October 2015 and was detained for more than a year, despite various court orders that ruled for his release.

He said in court, that he “believes in Judaism” and considers himself a Jew and oftentimes has led his Biafran people to various Jewish prayers and religious observations.