Inspector-General of Nigeria Police orders the suspension of issuance police permits to owners of vehicles with tinted glass nationwide.

IGP Usman Alkali Baba gives the directive when holding meeting with Commissioner of Police at the Police Headquarters, Abuja.

The IGP disclosed this when he met with senior police officers, Commissioners and DIGs across the country on Monday at the Police Headquarters.

The meeting with the senior police officers is the first of such since the confirmation of the new IGP by the Police Council.

Usman Alkali Baba was confirmed as the substantive IGP almost 2 months after he was appointed by President Muhammadu Buhari, in an acting capacity.

This measure is part of the plan by the NPF to checkmate security challenges and mayhem happening in the country.

IGP Baba give directives to the commissioners to put on hold the issuance of spy number plates.

This is due to reports of abuses by some section of Nigerians.

The IGP says the Spy plate number issued is only to some corporate bodies and the tinted glass permit issued are under some statutory regulations.

Former Military President, General Ibrahim Babangida in February 1991 promulgated a decree prohibiting the tinting and use of cars with tinted glasses.

Babangida said that the decree is to protect society from insecurity and is now known as the Motor Vehicles (Prohibition of Tinted Glass) Act, 1991; made up of only six (6) sections.

However, it is important to note that some criminals are using it to commit crimes in the country.

IGP Usman Baba further explains that the existing authorization will be reviewed and will come up with better protocol for issue permits in the future.

He says the Nigerian Police will work hand in hand with the Federal Road Safety to enforce the best standard issuing permits.

Speaking further, he explains to all motorists covering plate number while driving will be arrested henceforth.

See also  COVID-19: Many Nigerians Afraid Of Being Vaccinated -NPHCA

The IGP give note of warning to some police commissioners in which their officers still mount road blocks and for the records roadblocks remain banned in the country. 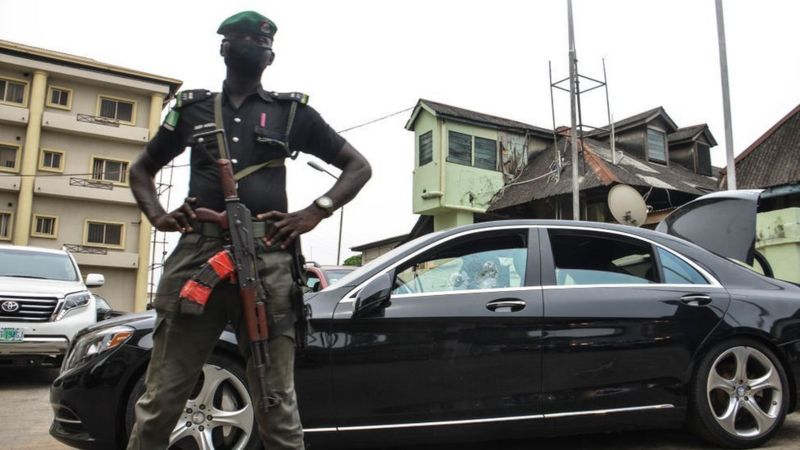 “To mount road block is an ancient practice and that the force works with modern intelligence gathering tool powered by technology,” he said.

The IGP also charges the commissioners to review their operations to fall in line with the force scheme which is ‘Safer Highway Motorised Patrol Scheme’ as alternative way to roadblocks.

On June 12, he urges police officers to remain firm with any group wishing to take advantage of the event to threaten internal security order.