After a long break from International duties, players summoned from different clubs have returned back to various countries.

This is in the bid to represent their countries so as to qualify for the FIFA World Cup in Qatar by 2022.

Belgium got their World Cup qualification campaign up and running as Kevin De Bruyne inspired them to a 3-1 comeback win over Wales.

Gareth Bale’s perfect first-time throughball into the path of Wilson, who puts into the back of the net.

Bale was central to Wales’ opener, though Belgium’s star player subsequently stepped up, levelling proceedings with a stunning effort.

Though, Wales’ luck did not last, with Manchester City’s De Bruyne taking full advantage of 25 yards out strike restores parity by 1-1. 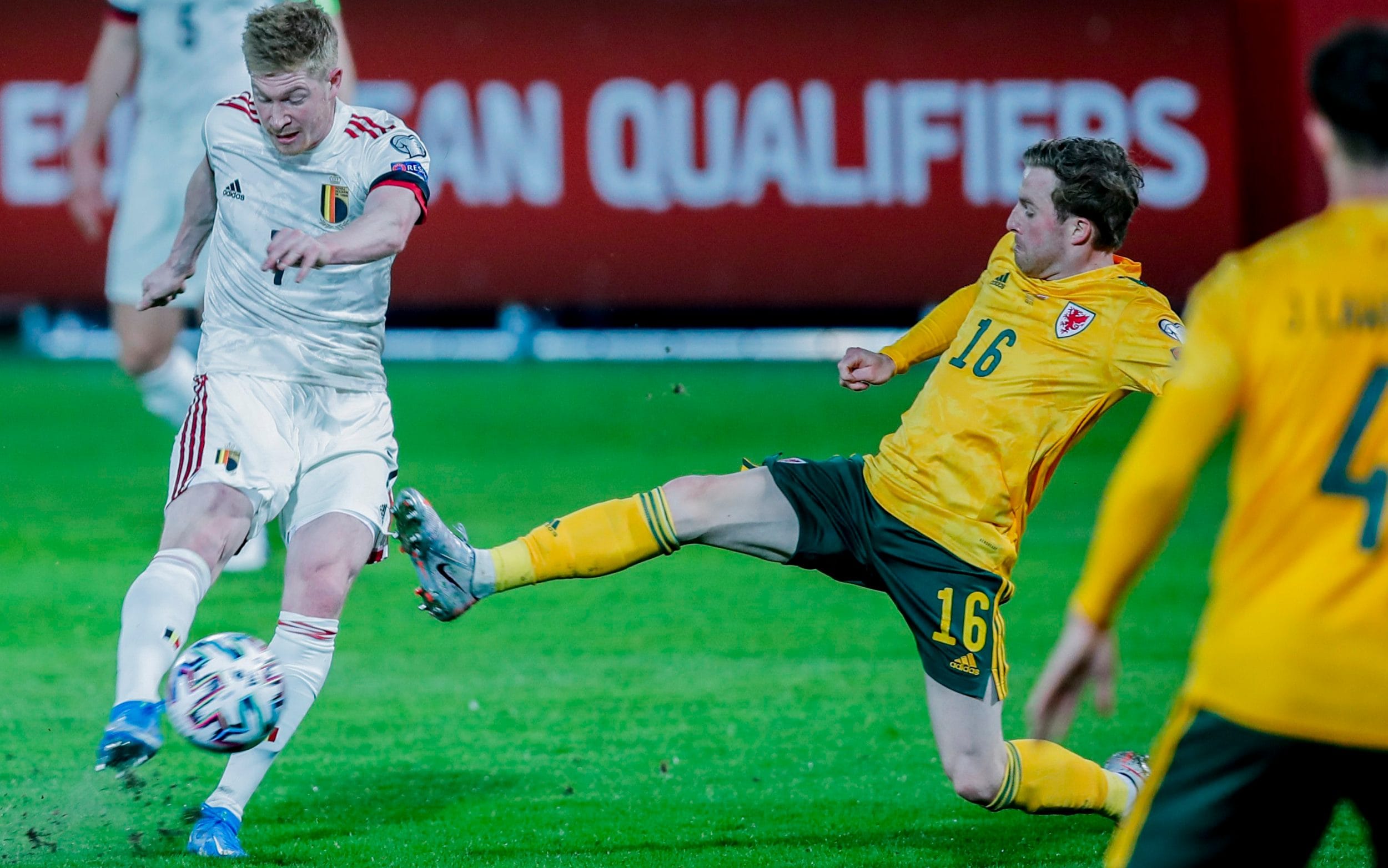 Wearing the number 10 shirt typically taken by his older brother Eden, Thorgan Hazard got the assist for De Bruyne’s equalizer at the 22nd minute.

Wales’ lingering hopes were crushed due Chris Mepham flung a boot at Dries Mertens and Lukaku drilled in from 12 yards to make sure of the victory.

Wales suffered a blow when Joe Allen hobbled off injured in the eighth minute.

He scores in consecutive matches for his country for the first time since May 2016.

Belgium coach Roberto Martinez was pleased with the character his side showed after falling behind.

“We knew that it was going to be a tough game. That’s nothing different, but I think it became even harder than we expected. 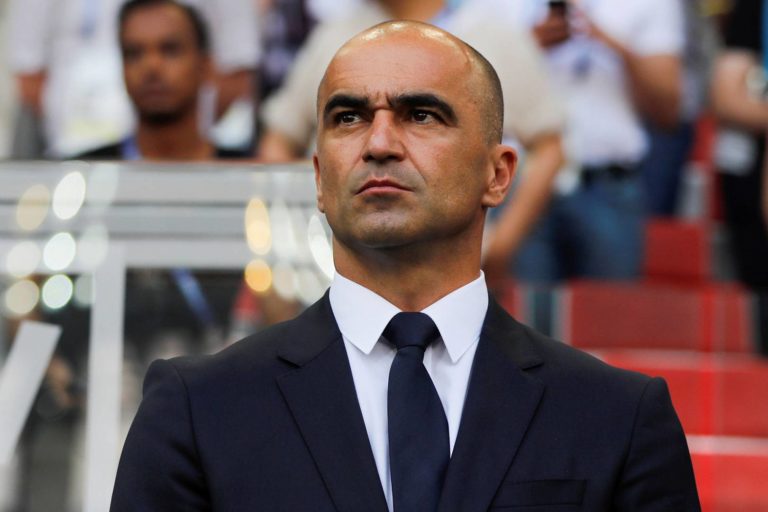 “The moment that we conceded the first goal I thought Wales adapted to the game better than us. It was made for the perfect away team performance.

“Every time we were in front of goal it looked like we had a chance to score.

“So very pleased by the incredible personality that the players showed today,” Martinez said in a news conference.

Belgium have picked up their first victory against Wales since September 2012 in qualifying for the 2014 World Cup (2-0).

Also, Belgium have not lost a home match in qualifying for the European Championships or World Cup since September 2010 against Germany.

They are unbeaten in 25 since, winning 19 and drawing six and scoring 90 goals giving an imperious form.

Wales host Mexico in a friendly on Saturday before resuming their qualification campaign against the Czech Republic.

The reigning world cup champions started their road to Qatar 2022 in unconvincing fashion in Paris.

World champions France kicked off their Qatar 2022 qualifying campaign with 1-1 draw against Ukraine at the Stade de France.

There was no stopping Griezmann’s stunning effort, though, curling inside the far post from the right corner of the penalty area.

Antoine Griezmann scored in stunning fashion in a 19th-minute opener before multiple chances were spurned.

The hosts had opportunities to add to their advantage heading into half-time.

However, Kylian Mbappe and Olivier Giroud each sent efforts over the opponent goal post.

Ukraine found a fortunate way back into the match via Presnel Kimpembe’s 57th minute own goal from Serhiy Sydorchuk tame shot. 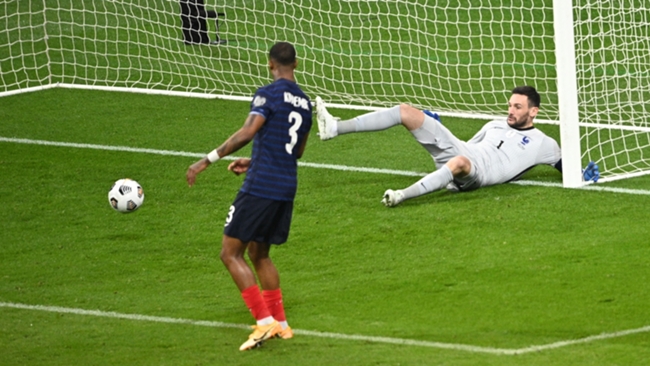 France reclaimed complete control over the remaining minutes but could not forge a second goal.

The Barcelona forward, Griezmann created four chances, more than any other player, but it was not enough for victory.

“We should have secured the win in the first half, had the opportunities, it’s more difficult in the second half. 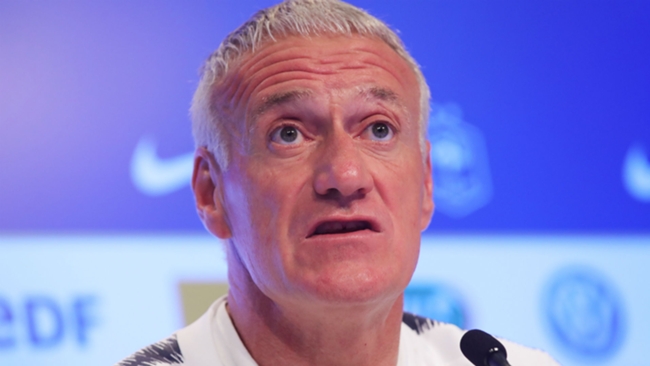 “We are obviously disappointed, the ideal result would have been to win. It proves that Ukraine is a good nation.”

Les Bleus have now won just one of their past four home games since the previous demolition of Ukraine.

They lost to Finland in that time, and have also been held by Iceland and Turkey since Russia 2018.

France go to Kazakhstan on Sunday, while Ukraine’s campaign continues at home to Finland on the same day.

France return to action on Sunday away to Kazakhstan before another trip on Wednesday to face Bosnia-Herzegovina.