Arsenal defeat 10- manTottenham Hotspur at the Emirates Stadium on Sunday night by 2 goals to 1.

On March 14, the Gunners came from a goal behind to win the local London derby by defeating Spurs at home. Jose Mourinho’s Tottenham side had gotten the first goal at the 33rd minute by Eric Lamela assisted by Lucas Moura.

Few minutes into half time Martin Oedegaard from Arsenal equalizers  after his effort is deflected past the goalkeeper leveling the score by 1-1 with an instrumental assist provided by Kieran Tierney at the 44th minute. This makes Oedegaard’s goal his 2nd goal two consecutive matches for the Gunners.

At the 63rd minute Michael Oliver, the officiating referee stopped the play for a potential penalty situation. A clear foul on Alexandre Lacazette by Davison Sanchez in the area  who was booked with a yellow card and a penalty awarded after Video Assistant Referee (VAR) check.

See also  Djokovic: His goal is to try, win all four grand slams in the calendar year — Cash

Alexandre Lacazette scores from the penalty spot  at the 64th after an awarded penalty given by the referee. After Video Assistant Referee (VAR) check, the referee decided to stay with the initial call – penalty for Arsenal. 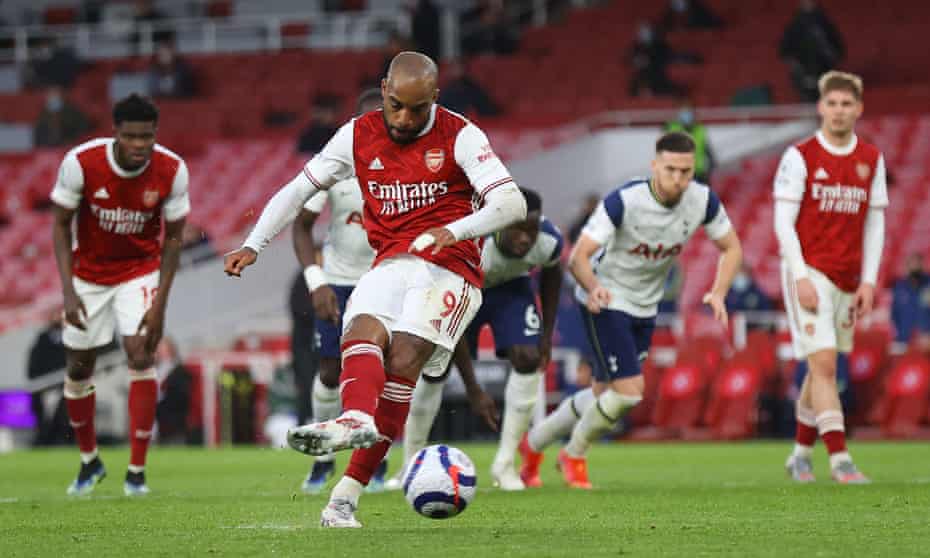 The Gunners head coach Mikel Arteta in his post match conference said “ Well extremely happy and proud about the way the boys played today and obviously really happy because we know what it means to our club and our fans. It’s a shame that they weren’t here today and I hope that they will be happy from home”.

Situation soon worsened for Tottenham after a hero turned zero were Eric Lamela who came off the bench to substitute injured  Heung-Min Son at the 19th minute and got a goal at the 33rd minute only to get a red card and was sent off the pitch of play after a  2nd yellow card.

However, a Nigerian international player Kelechi Iheanacho scores his first ever premier league hatrick against Sheffield United for Leicester City.

Leicester City annihilated Sheffield United by 5-0 at the King Power Stadium. Iheanacho scores at the 39th, 69th and 78th minute with fine and instrumental assists from Jamie Vardy twice and Wilfred Ndidi respectively. 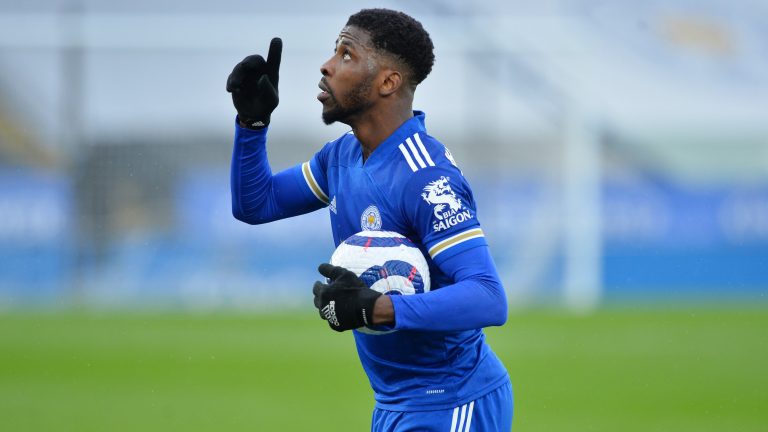 In Iheanacho’s post match interview with Sky Sports he said. “I’ve been working really hard and I’m really grateful to God. I thank my teammates and my manager for helping me grow. I thank everyone in the club for helping me out and I’m happy for this day.

“I’m going to use this opportunity to dedicate this hat-trick to all the mothers in the world. The ones who keep taking care of us. I wish them all a happy Mother’s Day.”

Ayoze Perez also got on the score sheet scoring the 2nd goal at the 64th minute with an assist from Marc Albright on. An own goal from Ethan Ampadu the Sheffield United player gave the foxes the 5th goal.