Toke Makinwa says she is being blackmailed with nude photos which according to her are photoshopped.

The On-Air personality took to her Instagram page on Tuesday, April 21, 2020, where she called out the scammer who is trying to get money out of her.

“Is this really how low we’ve become? I understand that things are hard, I get that feeding off each other and scamming people will be on the rise but I’ve never and would never negotiate with con artists/scammers, she wrote.

“I am sharing this ahead of your threats to release these edited/false images cos this is disappointing, this is not humanity, there is a pandemic killing people and there’s also certain human beings wanting to exploit people in a time when we should all spread love and kindness. 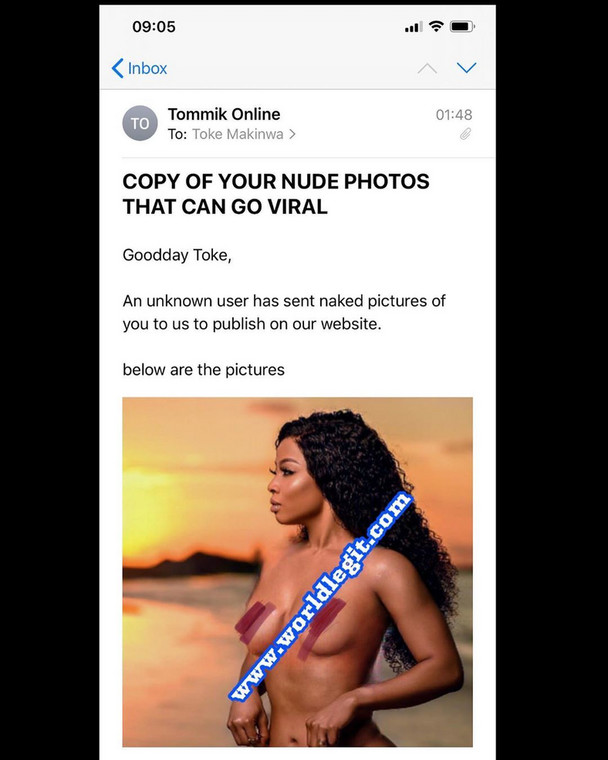 “Stop with your bloody emails already 🤬🤬🤬🤬🤬. I am not the one, not yesterday, not today, not ever. I don’t have any money to give you.

Toke Makinwa is the second celebrity in the last month who has faced a similar ordeal in the hands of scammers and blackmailers.

Recall that earlier in April, veteran singer, Abeni Salawa was blackmailed with nude photos from her past. 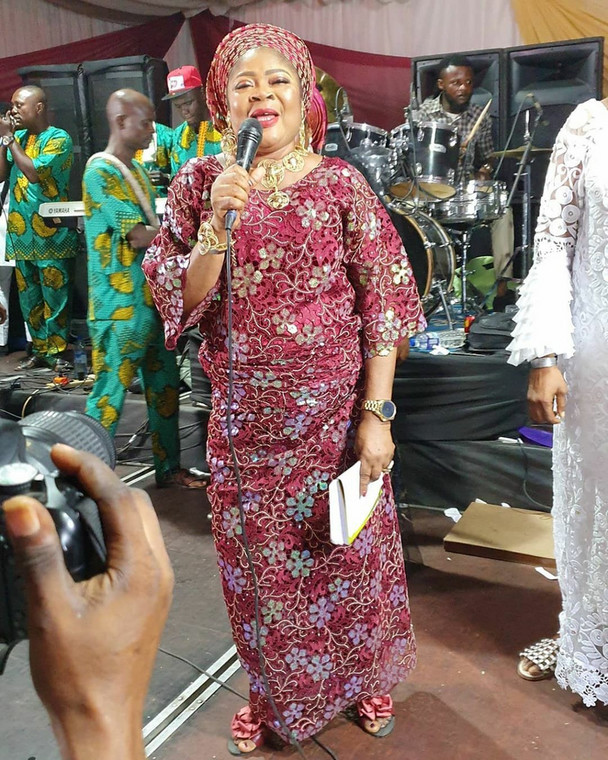 She expressed her disappointment at the person who has been blackmailing her over the said photos.

Abeni said the photos were taken while in the hospital or with her partner.