Tuesday’s blockbuster at Alfredo Di Stefano will be the first since the sides met in an eventful 2018 final.

Real Madrid won 3-1 to lift the UCL trophy for a third season running.

Liverpool put that loss in Kiev behind them the following season by beating Tottenham Hotspur in the UCL 2019 final. 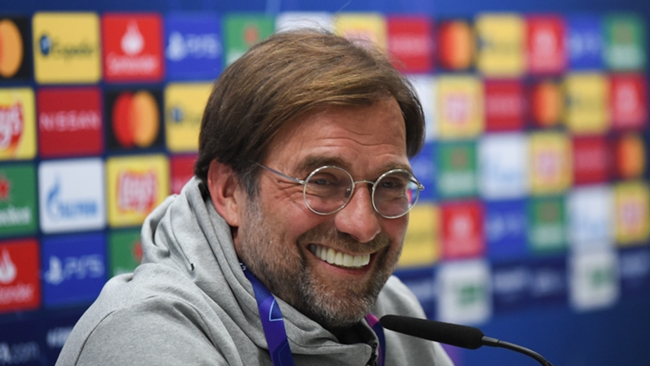 Jurgen Klopp insists revenge is not on Liverpool’s mind ahead of their Champions League quarter-final first leg against Real Madrid.

“We are not on a revenge tour here. Life is like this. I don’t believe too much in revenge, but it would be nice to get through,” he said at Monday’s pre-match news conference.

“We feel in a good moment in the Premier League. Now we hope to keep that momentum. That would be very helpful.

“Our motivation is at the highest level because it is the Champions League and we want to go to the next round, it has nothing to do with 2018. 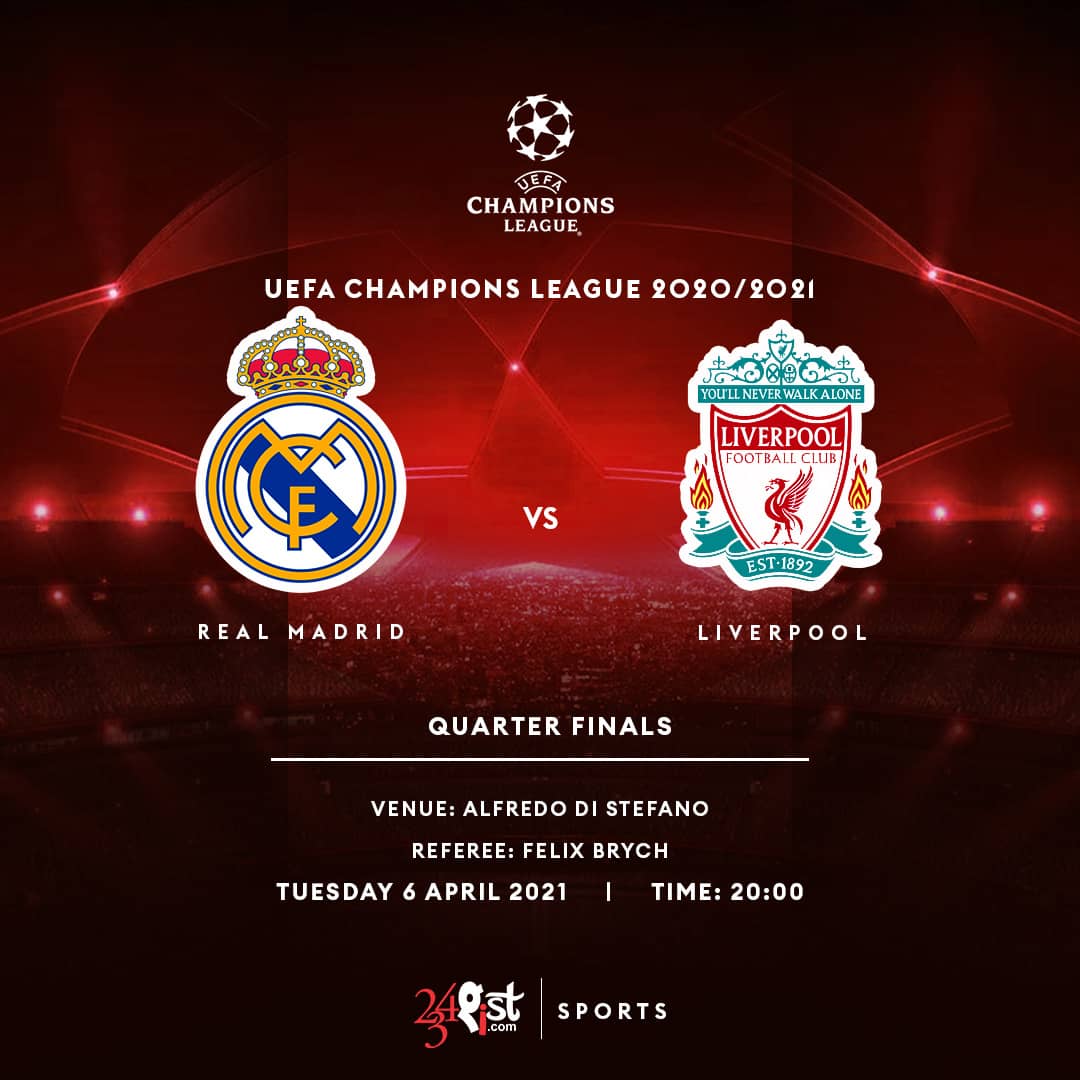 Klopp has won each of his last five games in the quarter-final stage of the Champions League, including all four at this stage while in charge of Liverpool.

The German has been touted as a future head coach of Madrid, but he joked the weather is the only thing he would regret if he never goes on to manage the LaLiga giants.

“I said if I had at the end of my career only three clubs which would be Mainz, Borussia Dortmund and Liverpool then it’s not too bad,” he said. “I would not regret it.

Diogo Jota scored twice as a second-half substitute in Liverpool’s 3-0 league win at Arsenal on Saturday and is vying for a place in the starting line-up on Tuesday.

“It will take a lot to beat Madrid. They are the team with the most titles in this competition, so they are used to the knockout stages and we are going to need to be at our best,” Jota said.

Liverpool have lost each of their last three games against Madrid in the Champions League – only against Benfica between 1984 and 2010 have they lost four in a row against an opponent across all European competitions. 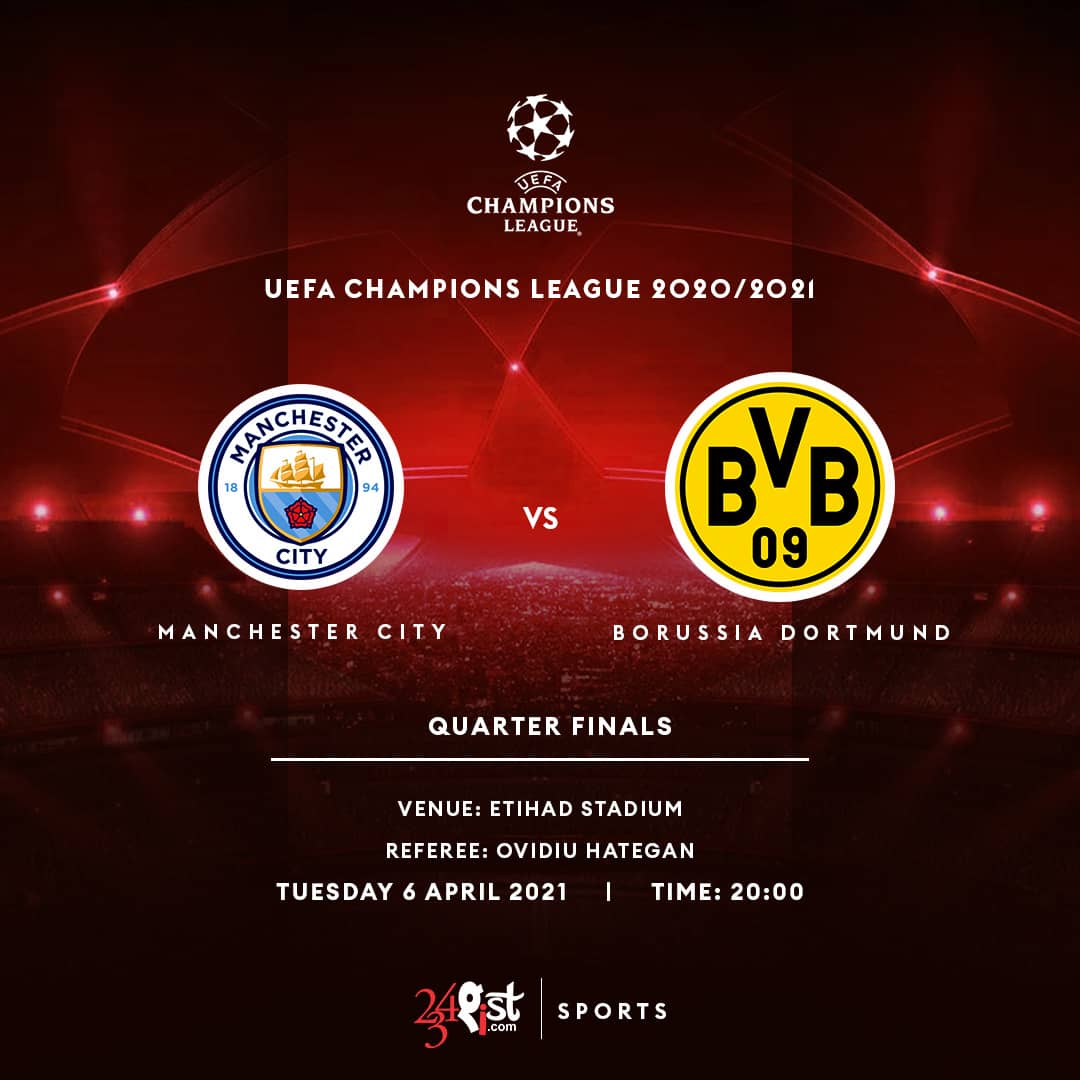 It will be the first meeting between the sides since the group stage of the 2012-13 season, which saw a 1-1 draw at the Etihad Stadium and a 1-0 win for Dortmund in the reverse fixture in Germany.

Guardiola knows Dortmund well, having come up against them regularly during his time as Bayern Munich coach between 2013 and 2016. 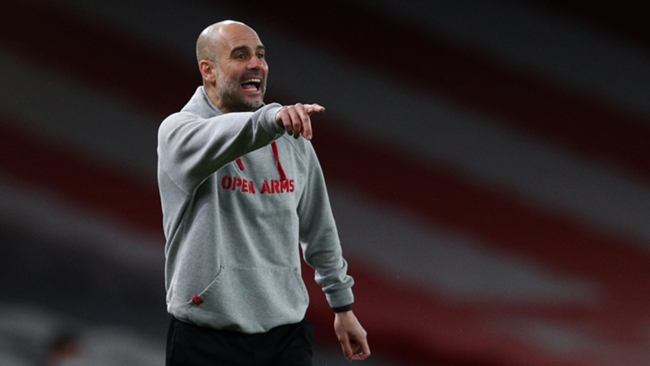 “If one person in Manchester knows Dortmund, it’s me,” he told a media conference. “The culture of this club, the way they play, and I will not find one single player from Dortmund without quality.

“They spend a lot of money on young players and they pay a lot of money to agents to bring these players there because they have incredible quality. Incredible.

“Maybe they didn’t find consistency in the Bundesliga this season, but in one game or two games they are able to do anything.

“I have incredible respect for what Dortmund has done, and I was in Germany for three years; I know their quality.”

Central to Dortmund’s hopes will be Erling Haaland, who has scored in each of his last six Champions League matches.

Guardiola is well aware of Haaland’s talent, with City rumoured to be a possible destination for him at the end of the season.

“It’s not just Haaland, but [Jadon] Sancho, [Marco] Reus, [Mats] Hummels,” he added. “Emre Can can play seven, eight, nine positions. They have big holding midfielders in the middle and when they run, they kill you.

“The quality is there. The players don’t know it because we haven’t spoken about Dortmund yet, but we’re going to prepare for the game like we did against Leicester City.

“We will look at what they do, their strengths, their weaknesses, and try to be aggressive and try to win this game. And then travel in one week to Dortmund to win the second game. This is the target.”