Villarreal beats Manchester United on penalties to lift the UEFA Europa League trophy for the first time ever in the club’s history.

The UEFA Europa League Final was played in Gdańsk Poland on Wednesday evening in front of social distancing spectators.

The Yellow Submarines defeats the Red Devils 11-10 on penalty shootout to win the final. 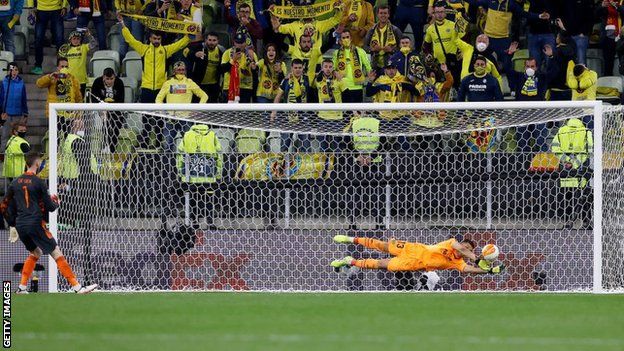 All previous 21 penalties had been converted before De Gea played into the safe hands of Villarreal goalkeeper, Rulli.

Gerard Moreno opens the scoring at 29 minutes in the dramatic Europa League Final game to give Villarreal the lead. 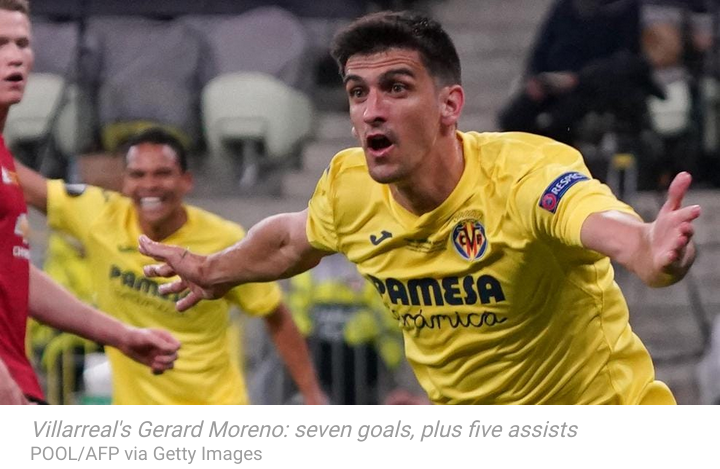 Moreno is the highest goal scorer of the competition, with 7 goals and 5 assists in 12 games. He is joint with other top scores with the same tally of goals.

However, Manchester United reply in the 55th minute to level the game up when Edinson Cavani convert shot from Marcus Rashford to goal.

The match becoming more intense and favour United in the second half, Rashford misses a sitter which could make United Champions on the night.

After that, both clubs were not able to score again till full time elapsed and the game went straight into extra time.

The Yellow Submarines have never win a major trophy in the club’s 88 years of age.

They reached their first ever major final after edging pass Arsenal while the Red Devils beat Roma to book final.

Eventually, Villarreal landed the hail glory in Gdańsk with penalties.

This is the first Europa League Final to go into extra time since 2014, when Sevilla’s Emery beat Benfica on penalties.

Ole Out: Man Utd fans calling to sack Solskjaer after loss to Villarreal in UEL final

Manchester United fans takes to social media to express grievances after the team lost to Villarreal on Wednesday night.

Fans using #OleOut to express their thoughts about the match and the future of the manager Ole Gunnar Solskjaer.

Thousands of fans that had make the hash tag trend as over 47,000 tweets.

However, Solskjaer admits that the club was unsuccessful the season.

Solskjaer, speaking to BT Sport after the game said: “We need to get better, simple as.

“We’ve done really well this season coming through. The start was difficult. We had no pre-season and lost three of the first six.

“We pushed in the league, maybe got closer to the top than we thought and we got to a final. But you need to win the finals to make it a good season.”

But Solskjaer stood up for his team and believes they possess the right character to respond positively to Wednesday’s defeat in Gdańsk.

“We have a strong, competitive squad. The spirit in the squad is good. They’re gutted in there,” he said.

“Now is not the time to point the finger at what I’d have done differently. But when you come out without the trophy you haven’t done everything right.

“We’re getting closer and closer and better. We were one kick away from a trophy and a good night.

“We have to have the desire to come back next year and improve. The only way to get the margins your side is to work harder and better.”