Reports aired that gunmen also attempted to attack the Police ‘B’ Divisional Headquarters Close that is close to the INEC office.

The spokesperson to Anambra State Police, Ikenga Tochukwu confirms the incident to newsmen that the attack was carried out on Sunday night.

This attack by unknown gunmen comes only days after gunmen attacks the outpost of the Nigerian Security and Civil Defence Corp (NSCDC).

Reports gathered that the fully armed attackers came in three Hilux trucks at about 8 p.m. on Sunday. 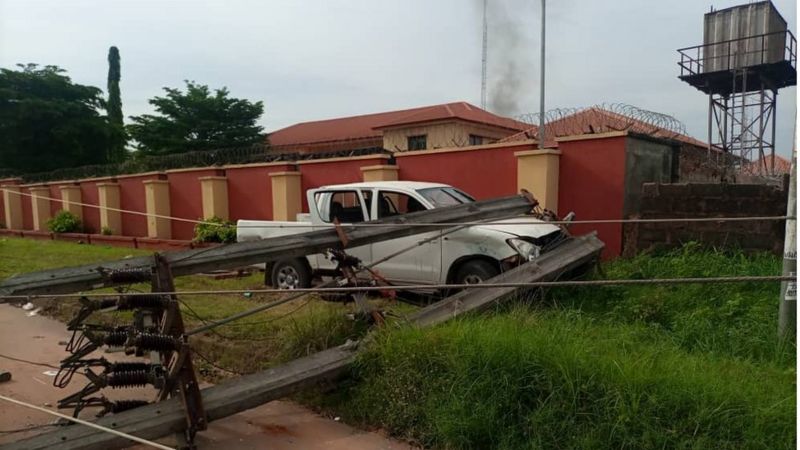 A witness who almost ran into the troubled area located between the popular Ekwueme Square, Awka, said the bandits shot into the air close to one hour at B Police Division before proceeding to INEC office.

See also  COVID-19: Many Nigerians Afraid Of Being Vaccinated -NPHCA

The source, who asked not to be named, said before proceeding to INEC, the gunmen drove to Aroma junction and shot in the air for about 10 minutes which made residents scamper for safety before they headed down to INEC.

Though the source said he could not speak on causality figure, he added that there was the likelihood of colossal damage at both institutions with many feared killed.

“I saw flames of fire going up from the police station and INEC offices, but I cannot say whether people were killed or not because I did not go closer,” he said.

The NPF assures Anambra residents of safety after unknown gunmen attacks the INEC office in the state on Sunday.

At the press conference, the state police PRO says they are working with the Military, and other paramilitary agencies and the DSS in a joint operation to keep the state safe.

PPRO Tochukwu says no black Sunday in Awka, reiterates that nothing happened to all the police officers on patrol during the attack.

He added that there were no casualty of sort from the attack that took place on Sunday night.

“We record 95 percent success during the attack, we just lost some part of our buildings and the gunmen burnt four vehicles in INEC office.” 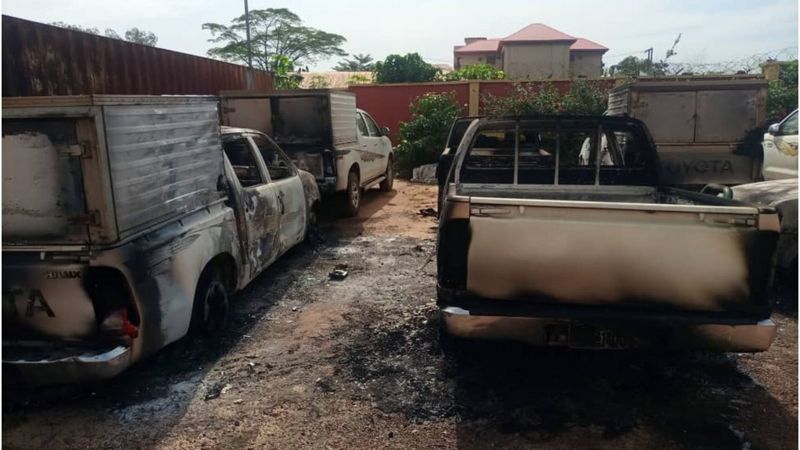 Speaking further, he reiterates that they are working with the Military, and other paramilitary agencies and the DSS in a joint operation to keep the state safe.

“Joint patrols are all over the city, we are back on the streets to maintain law and order,” he said.

He also added that they have seized three vehicles and some guns from the gunmen as investigation is still on to know those who are behind the attack.